Sometimes I just need to get out of the house. With working from home it is easy to feel like you're working all the time or not at all. Even though working from home gives you have the freedom to take time at unusual times, often escaping still happens on weekends.

Yesterday, it was one of those days. Sometimes I actually plan where I'm going. Sometimes I just jump in the car and drive. These adventures most often open me up to opportunities I wouldn't have otherwise.

I headed west, then north, then west, and north ... I wish I'd managed to track my entire trip on a map, but here is a composite that will give you some idea of the journey I took.

In a short time I was passing through Longmont on Hover Rd. Just before the Hwy 119 intersection and I saw this beautifully flowering tree.

Then just up the road, this ... two seasons in just a short drive.

Whenever I had an inclination to turn, I did. My objective was to stay close to the Rocky Mountains and see what I could find. I remember my son, Scott, saying, "I always take a different route so I can see new things." So, I stayed away from the high-traffic routes as much as possible. Eventually I found myself driving next to a body of water, which later I found myself often doing as I tootled around. Lon Hagler State Wildlife Area

Sometimes the cloudy days bring a different character than our frequent sunny days. Those two tiny spots along the shore are people fishing. They must be diehards. Or maybe this day was the only time they had and they were seizing the moment. I like to think they were good friends or lovers who never let anything stop them.

a selfie of sorts with Kobi

I stopped here to take Kobi for a walk. It was a bit chilly so I didn't last too long, but Kobi always enjoys a bit of "outside" time.

Along the way, it began to rain. This didn't stop me. On I went to see what I could discover. When you travel these side roads in Colorado, you travel through lots of farm land. I almost passed up these relics, but turned around and captured them. An old truck, a grain silo, and a mailbox with an engine part as its support.

As providence would have it, I was running low on gas (I find myself in this predicament all too often), so I was looking for a way to get back to civilization. But before I found the sign, 10 miles to Ft. Collins, I found the Masonville Mercantile.

I really wanted to refresh my coffee, but the mercantile was not a coffee shop and there didn't seem to be much else around.

I wandered around just to see what they were all about. In some people's books, it would be just a lot of stuff. It was a lot of stuff squeezed into a pretty small space, but there were some things that caught my attention. Hats, a model in a pay phone booth, a guilded cash register that was modernized (notice the keypad and digital display), and Mardi herself (the owner).

Before I left, I enjoyed a "hat" moment. Do you suppose this would make a nice Derby hat? Honestly, I would never be found at a Derby and most likely never be seen in this hat, but it was fun! (eyes look closed as I was taking a selfie)

Before I left, I went to purchase a treat. As it turns out, I had no cash on me (this is a common problem for me), and Mardi didn't take credit cards for such small purchases. But, she said I could take my treat with a promise to come back. I love when I run across people so trusting! So I enjoyed my Heath bar as I headed home.

I passed by Horsetooth Reservoir. I'd never been there. Looks like a great place to enjoy some water sports.Then I tootled on to meander through Ft. Collins on my way home listening to a digital book on my smart phone.

It was a Sunday. I needed to get out of the house. I'd been having trouble doing that since I broke my ankle in October. Mostly, I just couldn't walk for a while. Then it just turned into a bad habit. I thrive on being outside, but sometimes I forget how refreshing it is.

My initial idea was to go to The Train Cars Coffee Shop and do a little remote working. I did manage to find it, wandered through.

The outside of the train cafe

Inside: the menu and staff. They were very friendly and I will take some time there my next trip out that way. I love the sign: "I just want to sip coffee and pet my dog." I'm surprised that wasn't enough to entice me to stay there.

Seating inside the train cafe

I didn't stay there though, finding myself rather indecisive. So Kobi and I wandered down to a park, a short distance away, where we found a little winter wonderland.

I loved the iced-over pond and cross-over bridge. The temperature was moderate and there really wasn't that much snow. Just the remnants here ... at least where I was. I didn't explore much more that day.

Another bridge ... a cross-over from some of the town homes to the park.

Looking out over Barker Reservoir in the distance. I wasn't up for going too far on the snow-covered path. I was still pretty skittish about slipping.

My favorite sound comes from streams and creeks.

After our little wander, I went to another coffee shop I'd passed, New Moon Bakery and Cafe and landed there for a short time. The staff explained several dishes they liked, but I stuck with tried and true, coffee and cake. But I was restless as Kobi waited in the car. I didn't manage to get more than 15 minutes of work done.

In addition, I'm too connected. I got a text while I snacked that my new external drive was waiting on my doorstep. So, I headed home. I didn't want something that valuable sitting out in the open for too long.

It's been far too long since I have posted here on my blog. Almost a year, that is. Kobi is just as baffled as you are ... and as I am.

I've started several times and just not finished a post. So here we are hoping to get on with things.

I have a lot of catching up to do. Many things have been posted to FB as it seemed easier, but this did not serve the same story telling function, so I think I'm going to try to post the highlights from 2016, then move forward.

Shaping the physical world with SketchUp

I've been having fun learning a new software--SketchUp. It brings together my analytical mind as well as my creative mind. A couple weeks ago I created the floor plan to my house and conjured up a 3D building with road, sidewalk, landscaping, cars, and a delivery truck.

This would be a fun way to envision a tiny house or small house. Maybe one of these will be my dream house.

I saw a cool video, Designing a Tiny House. It started with the foundation, framing, and finishing. It even had a slider to make for more stationary living space.

I love learning new software. It's all a playground for me.

3D Model - Business on the Corner

Let me introduce you to Shirley Wilsey, author of All You Can Do, a book of poems. She is a writer, singer, tap dancer, harpist--a woman of many talents. With much prodding from many friends, Shirley finally comes out of the shadows with her debute book covering a wide range of topics from youth to aging, spirituality, nature, contemplation, and the like.


All You Can Do is a client project available soon online. Visit Writing Woman Press to see more about the book and the author, Shirley Wilsey.

In addition, I designed a business card for her to tie into the branding of her book cover and blog site.

“If you have a great book or collection of photos and would like to publish them, but haven’t a clue how to begin, Lissa is your trusty guide through the labyrinth of book-making and self- publishing. She will not only go the extra mile, she will run the marathon with you. From page layout to designing the best possible cover to getting your ISBN number and setting up your author page on FaceBook, she can help with it all. She will share your enthusiasm and be patient with your anxiety. You’ll learn a lot and end up with a terrific book.  I highly recommend her.”
~ Shirley Wilsey
Posted by Lissa Forbes at 4:07 PM 1 comment:

It’s that time of year ... When the bells jingle, dreidels are spun, houses are decorated, and families gather.

If you haven’t chosen your holiday cards this year or would like my new calendar (all photos are mine from my trip this summer), here’s an opportunity. I'm taking orders now, so make your purchase by Monday, 11/16 noon MST and I’ll have them ready to ship Priority Mail by 11/20. Feel free to mix and match the card designs (instructions below).

Dimensions are 4.875 square with a 5 x 5 white envelope, printed on a high quality paper. Cards will be package in a ziploc bag.

Thanks so much. I look forward to hearing from you!
Posted by Lissa Forbes at 12:33 PM 2 comments:

Yesterday, I went to walk on a familiar Boulder path. Before I even got there, I traveled through the parking lot to my starting point. I had to stop and capture the golden leaves as I knew they wouldn't last much longer. Even the tree in my front yard has gone from golden to burnt red to almost bare. Fall came and has almost gone very quickly this year.

We know what's coming once the leaves fall. Colder temps. And that white fluffy stuff. We've had some pretty mild years here in Colorado. I wonder what this year will bring.
Posted by Lissa Forbes at 7:11 PM 3 comments:

"The experienced mount climber is not intimidated by a mountain - he is inspired by it. The persistent winner is not discouraged by a problem - he is challenged by it. Mountains are created to be conquered; adversities are designed to be defeated; problems are sent to be solved. It is better to master one mountain than a thousand foothills."
~ ~William Arthur Ward 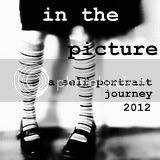 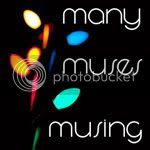